The accounts payable department of your company and a home workshop may not, at first glance, have many things in common. But a piece of advice often employed in the latter—i.e., “Measure twice, cut once”—can be just as useful in the former, with a few modifications.
Accounts payable is one of the most important components in the financial machinery of a business, and the concept of measuring twice isn’t so much about double-checking one’s work before a payment’s made as it is verifying that payment was made, recorded, and reconciled properly. The second “measurement,” as it were, comes after the check is, er, cut.
No matter the size of your organization or your industry, establishing a thorough and effective accounts payable audit program can help minimize risk and maximize compliance while trimming fraudulent activity and ensuring your general ledger is accurate.

Without effective internal controls and auditing standards for every stage of the procure-to-payment process, your company is exposed to excessive risk. What kind of risk? For payables, it’s the risk of fraudulent behavior—both inadvertent and intentional—as well as the regrettable ease with which a company’s bottom line can be boosted by overlooked and unrecorded period-end or year-end payables.
Auditing procedures are designed to minimize the occurrence of these problems, and quickly illuminate common, and potentially costly, errors in your year-end financial statements, such as:

Naturally, this task is greatly simplified if your company has already integrated procurement software with strong support for accounts payable management and reporting.

While it might seem daunting, creating your own internal audit program for accounts payable is a fairly straightforward endeavor. The audit procedure itself can take the form of a word processing document, formatted in sequential steps.

While it might seem daunting, creating your own internal audit program for accounts payable is a fairly straightforward endeavor. The audit procedure itself can take the form of a word processing document, formatted in sequential steps.

The header of the first page of the document should include the title, the names of the members of the audit committee or team along with their respective roles, and any internal coding required to link the audit into your procurement software or ERP package.
Establishing not only the audit work to be done, but the individuals who will be doing it, strengthens the audit trail in general and makes it easier to break down roles and responsibilities in the working areas of the document.
An example header might look like this:

This section of the AP audit report outlines the practices to be followed while conducting the audit. It may be as detailed as your individual organization requires, but in general will look something like this:

Beneath the header, list the goals of the audit, also called the audit objectives. These are paired with assertions, or statements believed to be absolutely true based on context and content, as they relate to the audit and the company’s financial reporting.

Think of this section of the audit as a checklist, walking your team through the process. Assigning roles properly and creating support documentation are critical to the success of the audit. Every company is different, but a basic set of procedures you can use as a starting point might include:

A NOTE ON WORK PAPERS:

During the auditing process, you’ll be creating and referencing a range of supporting documentation to provide additional clarity and context. These documents, called work papers, provide more comprehensive information about varying aspects of the audit, including:

Measure twice, cut once. It’s good advice, whether you’re crafting a masterpiece or building a better bottom line. By taking the time to create and implement an internal audit program for accounts payable, you’ll be able to establish stronger internal controls, ensure accurate financial reporting, and shield your company from unnecessary risk, today and in the future. Segregation Of Duties In Accounts Payable 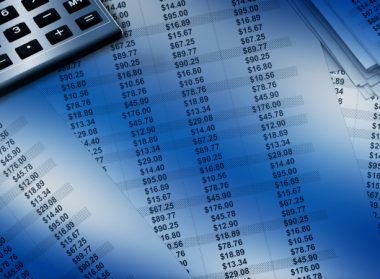